Find Your Dream Car with TheCarConnection.com

Hey there.  You know... I've never really been a car guy.  I always figured that as long as I had a vehicle that can get me from point A to point B, I would be happy.  I don't need a big, flashy car to show off.  But boy, wouldn't it be nice to have one.  lol  I stumbled across this site that will not only show you pictures of the cars, but will give an estimated market value and a little history behind the car.  That's pretty impressive.

I checked out the Mitsubishi Eclipse Gt, to get a glimpse of something with speed. My brother in law has an Evo and he's constantly raving about how awesome it is, so I had to check out the Mitsubishi family to see what the fuss was about. Then I checked out something that screams American, the Chevrolet Corvette.  I can definitely see myself in one of these bad boys but I don't see myself coming with a $50K windfall anytime soon.  lol  After clicking a few links, the Gmc Sierra Sle came up. I don't see myself in a truck... It's simply not my style. And that's when I realized that a Mercedes-Benz Cls550 would be luxury sedan for me.  Stylish and classy, a car that looks sleek, but not over flashy.  Kind of like me.  lol 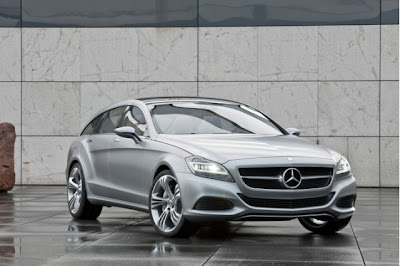 ll in all, it was cool to read up on today's cars and their history.  It's new and definitely informative.  Once I'm at the age (and have the cash) I know I'll be able to compare cars and make a wise decision the one that will take me to destinations in my wonder years.  *sigh*  A guy can dream, no?  Later.
Posted by Metallman at Friday, January 21, 2011