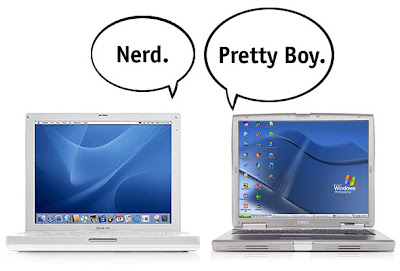 Hey there.  I've been a PC guy all my life.  PC's in school, PC's at home, and the laptop is a PC.  But you know what... I'm getting tired of the viruses and the updates and the pain in the ass methods that it takes to install drivers and what not just to get "easy" plug and play devices to work.  Because of this... I'm leaning on picking up a Mac laptop for business.

I've gotten good feedback from friends about them and some people even swear by them.  I'll admit that I don't know much about them, since I've been surrounded by PCs.  The only thing I do know is that Mac's are more expensive than PCs.  Does the old adage, "you get what you pay for" apply to computers?

My brother in law picked up a HP laptop for around $200 this black holiday and it's running Windows 7.  I was thinking of picking one up as well, but I'm tired of the slowness and the vulnerabilities of these Windows based machines.  Maybe I just need a change of scenery from the world of Windows.  Maybe it's simply time to jump ship and head on over to the world of Apple.  lol  I think I've already made my decision... but until I have an Apple machine in my hand, it won't be definite.  Until then, later!
Posted by Metallman at Tuesday, December 14, 2010