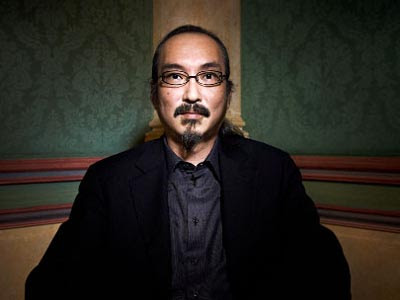 Hey there.  Satoshi Kon has moved on.  The great director of Perfect Blue and Paprika fame has passed away at the tender age of 47.  I've been a movie fan all my life but I've recently turned to foreign and anime films to get my fix.  While I've watched some awesome horror films (recently watched Audition, Tale of Two Sisters), I've always had a soft spot for the foreign anime films (Akira, Grave of the Fireflies, Spirited Away).  Now, Miyazaki has always been a favorite of mine, but Satoshi is right up there with him.  Perfect Blue and Paprika are right up my alley as psychological thrillers of the animated kind and Satoshi directed animated classics.

I did a review of Perfect Blue a year or so ago.  You can check that out here, but be warned since I pretty much kill the whole movie.  If you don't plan on watching it (which you should!) then read it afterwards.  If not, check it out.  I don't think I did one of Paprika, but if you've seen the recently released film Inception, then you'll enjoy Paprika.  From what I'm told of Inception, it has to do with the idea of entering your dreams, something that the Paprika (the novel) did well over a decade ago.  Either way, Paprika and Perfect Blue are must see movies for anime and thriller fans.