A Family Sickness and A Family Lost 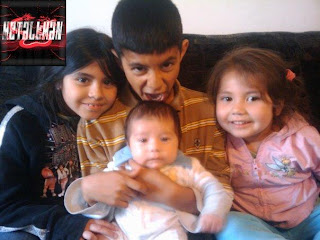 Hey there.  The Metallman household has come down with something.  There's a lot of coughing, a lot of sneezing, and tissue all over the place.  With those of you with kids, you should know that once one of them gets sick, others follow.  Our youngest daughter started to feel the effects of sickness on Friday and before we knew what hit us, the baby started to sniffle and cough...  It's bad enough when a baby gets sick but it sucks when there simply isn't much in meds that you can give them.  I went looking for some Little Colds medicine for him and didn't find any.  When I asked the pharmacist where it is, he told me that the majority of the medicine for kids under 2 years old have been pulled from the market.  Mainly because parents don't know how to follow directions causing them to overdose their kids.  I was disappointed but we had the infant saline drops and a humidifier at home so we decided to go with that.

Our young one has had trouble sleeping due to his stuffy nose.  He's a little better today, but we're hoping that will be gone sometime within the next few days.  The horrible thing about all this is that now my wife and I starting to feel some of the symptoms...  Sore throat... itchy eyes, slight runny nose...  Oh man... If one of us gets sick...  it's going to be hell at home.

I also wanted to mention dreams in this post.  I'm sure we all can agree that children have some vivid imaginations.  They soak things up like a sponge and they say the funniest things when you least expect them.  Well, I don't really know which bucket to put this episode...

The other night, our daughter dropped in on us in bed exclaiming that she had a nightmare.  Fair enough, she's had a few that involved her pillow missing or her eating a giant marshmallow.  No biggie, right?  Well, the next morning she decides to tell me what her nightmare was about.  It turns our that she had a dream where she had no family.  I assured her that she will always have a family and that we'll always love her.  Her voice cracked, just a little, and then told me about how scary it was. 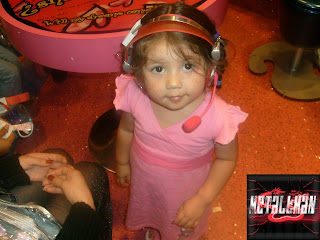 Now, the young one is 4 years old.  I'm not sure if it's normal to have these kind of dreams.  Shouldnt she be dreaming of butterflies and rainbows?  I was taken aback by this.  But then later in day, she got more specific and said that in her dream, her family was dead.  Death is a strong subject and for a little one to start thinking of death seems a little off to me.  Maybe she picked it up on TV?  Should I blame Disney for all the movies they churn out where parents are either dead or missing?  Or should I chalk it up to an over active imagination that got the best of her on this night?  I really don't know what I should think about it.  I'm leaning towards it being a one time incident... but she's a smart cookie and she seems pretty mature for her age.