Are Cartoons Getting too Sexy for Kids?

Hey there. I need to throw in my two cents on this topic. I believe that a child should be a child and spend their youth being a kid. Chores, play, games, school, cartoons, you know, the normal kid stuff. But recently, I've seen a trend come to pass that I am not pleased with and it seems that it is aimed at the young ladies of this world. I am talking about "sexy" and inappropriate images in cartoons and cartoon products. Here are some of those items that have cause for concern. 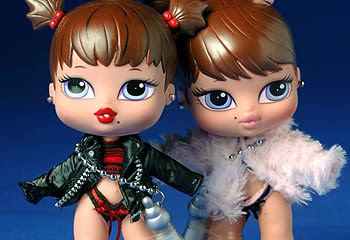 I am not a fan of Bratz. I think they take this movement waaaaaay overboard. Our first encounter with these dolls happened back when our oldest daughter received a "Baby Bratz" as a gift. Nothing wrong with a little having a baby, right? WRONG! The baby was wearing a thong. A THONG! I don't see how this can be interpreted as cute or anything of the like. A baby should be in diapers, or some kind of baby outfit. Not in a mini skirt, a tank top, and a thong. Since then, we have pretty much removed most Bratz items from the house. I don't like what they stand for either. Our daughter was young when she received that doll and recently she asked that we rent a Bratz movie to watch. It was animated and considering that she was older, we felt that we would check it out before letting her see it. My goodness, they were all airheads, they cared nothing but their appearance and boys, and spent their free time singing and shopping. Kids are pretty impressionable at this age and I don't like these figures. Needless to say, that was that for Bratz. 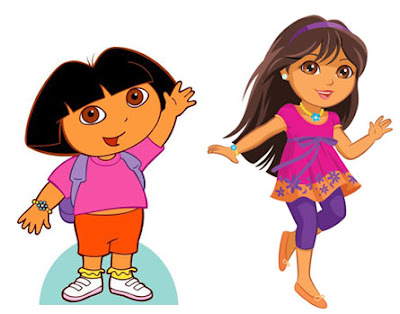 The direction that Dora is heading is more of a disappointment more than anything else. The idea for Dora was a great one. A child goes off in adventures with her monkey Boots all the while, teaching kids a few Spanish words. My youngest daughter loves it. I liked that she picked up some Spanish. Even though we are of Spanish heritage, we just don't speak it at home so it was nice that she would learn a thing or two from Dora and her grandparents. Recently, Dora has gotten a makeover. A more older Dora, whose hair magically changed color, wearing leggings, and lipstick. Is Dora trying to become the latest Bratz? If this is supposed to be a tween Dora, I don't like the fact that she has on lipstick. I doubt Dora will be going on adventures in heels and lipstick... unless she's going on mall expeditions from now on. 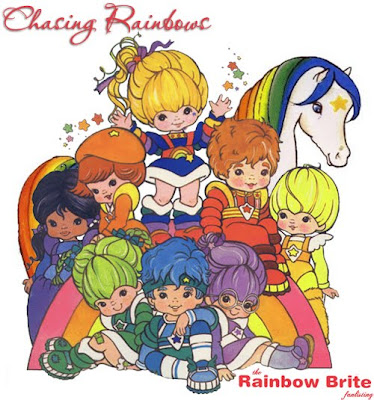 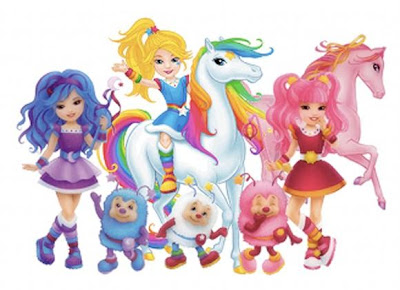 You see why I have a problem with this? What's wrong with kids that look like kids? Why the longer legs? Why the drastic change in appearance? The only thing that looks somewhat the same are the little things with fur. But other than that, I don't like this modernization of old school cartoons. I don't want my girls to get the image that they need to look like that to be considered good. I even like the fact that the original green one has a band aid on. It shows that they're kids and are prone to bump, trip, and fall over things. I doubt that any of the new Rainbow Brite cast will sport a band aid, let alone look like they want to get dirty.

I just don't like the makeovers. I don't like that they shows are trying to convey that young girls need to look a certain way. I feel as if they get enough pressure as it is being a kid, going to school and worrying about homework. The last thing that should be on a child's mind is their appearance and TV is certainly not helping. Later.
Posted by Metallman at Friday, October 23, 2009