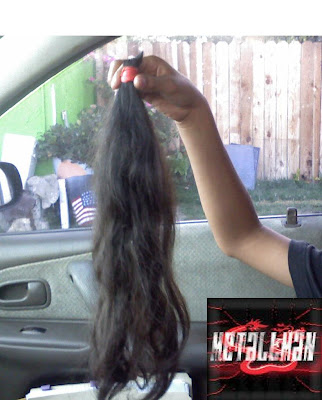 Hey there. My hair is gone. That's right. Let me say that again... My hair is gone. Has it set in yet? lol Last night, I decided that it was a great opportunity to get rid of it. I've had long hair since forever. I went and chopped off my hair back in 2000, again in 2007, and then again last night. Each time I've cut my hair, I've donated it to a charity that uses human hair to make wigs for girls with cancer. The hair cutting place that I went to last night didn't offer that service so I took the hair with me and I'll find somewhere were they accept donations.

My wife wasn't too thrilled about it. She loves my hair but I've just gotten tired of it. It's always tangled, it made my head a lot hotter than I wanted it to be, and quite simply, it just got on my nerves. It had to go.

People at work damn near broke their necks doing a double take while passing by my office. lol Some of the new people were not here when I last had short hair (2007) so it was a shocker to them to see me this way. I, myself, am still getting used to it being gone. When I would look at some of my numbers and started to think, I would grab my pony tail and tug it a little. I reached over to grab it earlier and realized that it's gone. lol 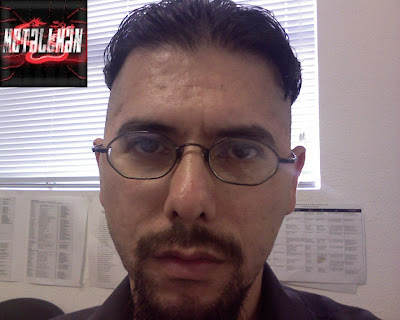 I'm pretty sure that the Los Angeles fires had a huge part in me getting rid of it. It was too hot, too sticky, and high maintenance for me to deal with my hair. If all of that wasn't going on, I may still have it. Who knows. Now, the decision is whether or not I want to let it grow back or adopt this look from now on. What do you think? Decisions, decisions. Later.
Posted by Metallman at Wednesday, September 09, 2009