A Baby Shower and I Know Who Killed Me

Hey there. We are dead tired this Sunday. Last night, my mother in law threw a surprise baby shower for my wife. We got there at 4:30 and we were one of the first ones there so my wife didn't get the huge surprise that we hoped for. She was surprised though. She was expecting family over to watch a fight, so she expected to see people, but she peeked outside from the kitchen window and saw the baby decorations and started laughing. lol We ended up helping my mother in law most of the night. My wife more so that I. My mother in law served up some shrimp cocktail and because she didn't have much help in preparing the food, it wasn't ready when we got there so we helped out. My mother and grandma showed up after awhile and I couldn't help much since I was hanging out with them most of the night. My wife, on the other hand, was on her feet the whole night, helping her mom. Once it got dark, someone looked towards the hills and noticed that the fires that are burning up Los Angeles are visible. The past few days have been horrible and you could only see smoke from where we were at, but last night, the flames were clearly visible as they stretched across the hills. Scary sight. I tried to take pictures from my phone and camera, but no dice. It's tough to take a picture of a far away scene in the dark. 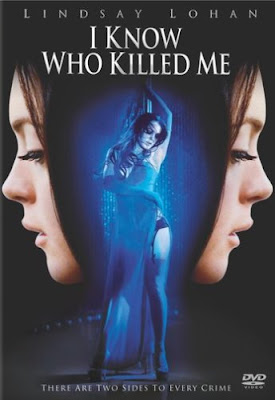 Today, we are feeling dead tired. My wife can't be on her feet, they hurt her so, so we've been lounging around at home catching movies. One movie that had caught my wife's attention was I Know Who Killed Me. I want to say it was because Lindsay Lohan stars in the movie and I think she got pretty bad reviews. When we hear that a movie is awful, we like to check it out and see the horrors for ourselves. lol The movie is not all that great. It's very choppy and there is no rhythm to the movie. Scenes are short, it continuously jumps from scene to scene, flash backs are thrown in at awful times, and the acting is pretty bad. Not a movie that I recommend. As soon as it was over, it was deleted from our DVR. Not worthy to stay on there any much longer.

I then went to get us some ice cream. No smiles in them today. lol But they so hit the spot in this 90+ degree weather... I am so not a fan of summer.

My wife soon dozed off to sleep and I continued to look for movies. I caught some of my early teen favorites. Major Payne finished not too long ago and now Ace Ventura: When Nature Calls is on. lol They are not great movies and borderline awful, but they're "fun" and I like to see movies from my youth. These are those kind of movies that my bro and I laughed our butts off when we were younger. lol

Let me get back to Ace. I'll catch you guys later!
Posted by Metallman at Sunday, August 30, 2009