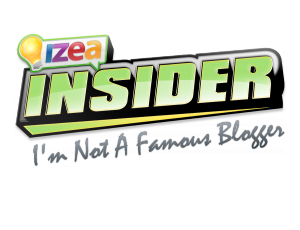 Hey there. I was recently contacted by the crew chief of the I'm Not A Famous Blogger Crew (which I am a member of) and was asked if I was interested in an interview. I jumped on the opportunity for an interview. I don't think I've ever been interviewed before, well, besides for job interviews, but those don't count. lol

Anyways, I thought it would be a great way to provide a little more insight on who is me. For those that are interested to learn a little more about me, the interview is up at the Im Not A Famous Blogger site. The site is set up as a gate way for the members of the crew to get to know each other and the crew chief, BenSpark, is doing an awesome job of putting it all together. I'm only the second to be interviewed so there isn't much in the form of substance at the site, but I'm sure that the content will be increasing once we get more members to play an active role. So check it out, friends, me being interviewed by the crew chief here. Later!
Posted by Metallman at Wednesday, June 17, 2009