There's a Bun in the Oven! 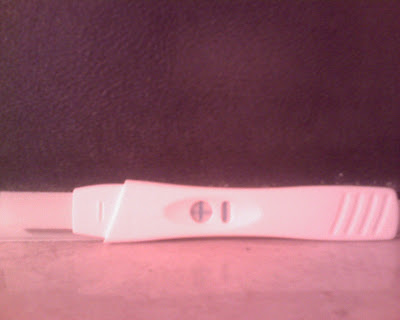 Hey there. It's official! There's a bun in the oven. We're going to have an addition to our family! We had taken "the test" a few weeks back but cause those things are never 100% accurate, we made our appointment to check it out. This week, my wife had her check up and they've confirmed the good news. Now, don't think my wife didn't go to a doc, we went to one about 2 weeks ago or so. But the place where were went seemed to half ass everything that we didn't feel very confident with the results. My wife then, made her appointment with her real doctor, which coincidentally is one of the doctors that star in the Discovery Health show, Deliver Me . Dr. Bohn was the one that cared for her during our last pregnancy but because she recently had a child, Dr. Hill tended to my wife. When my wife went to visit Dr. Hill this week, my wife told me that the camera crew was hanging around the clinic. I wouldn't be surprised if we ended up on TV. lol

So the official counter is at 9 weeks. Which means that we have approx. 31 weeks to go before the next little one is here. Our family, and most friends know (now), so I decided to let my readers know as well. Its still to early to know if we're having a little "Metallboy" or "Metallgirl", but I'll keep you guys posted the moment we find out. I have an ultrasound picture that my wife refuses to let me use, only because you really can't make out the baby. It's more like a little bean swimming in a sea of black. As soon as I get a more detailed pic, it's so going up. Later on!

My wife just read this post and is embarrassed as hell that I posted that pic. lol
Posted by Metallman at Thursday, March 12, 2009