Hey there. Out with 2008 and in with 2009. We spent the evening at my aunt's house to celebrate the incoming of the new year. As many family gatherings that night, there was more than enough liquor to go around. It was kinda funny, actually. I called my aunt earlier in the day to ask what dish to bring in, you know, a desert, chips, or whatever. She said that she's asking everyone to bring a 30 pack of beer or a liquor bottle, you choice. lol I laughed at first but then she said that it's better that way cause she doesn't want anyone driving in the middle in the night looking for booze. Good idea, I'm sure cops were going to be everywhere patrolling the streets looking for a quick and easy DUI citation. My aunt said, be there at 6... sharp. We're of hispanic origin, you know that 6 really means 7:30 ish, lol. We end up getting to my aunts at like 7:30 or so, my wife thought that we were late. My aunt was just taking a shower and we were the first ones there. lol 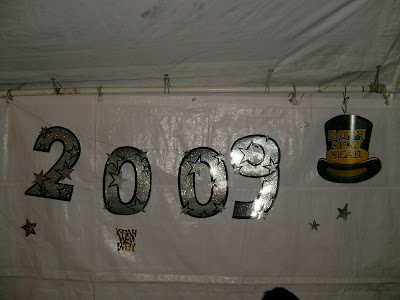 It was fun. We all chatted and then danced the night away. My cuz brought some Lambrusco wine and we had us some of that. It was funny cause my aunts had no clue what it was. They were calling it things like, "El Muslo", "Chamuco", or "El Busto". They didn't like, they considered it "pretty strong", which made me laugh since they were downing Hornitos and Cazadores. 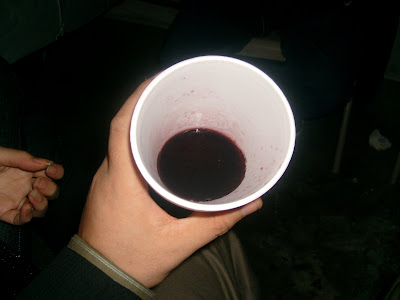 My wife and I ended up dancing the night away. Our daughter was up dancing with us. Before long, it was 2:30 or so and our kids were knocked out. Time for us to go. Good times, good times. Here are a few pics of the night.

The dance floor was rockin'. 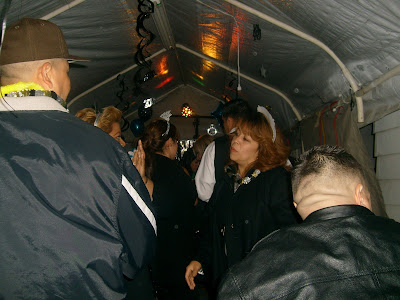 Here we are with our daughter after a short break from dancing. 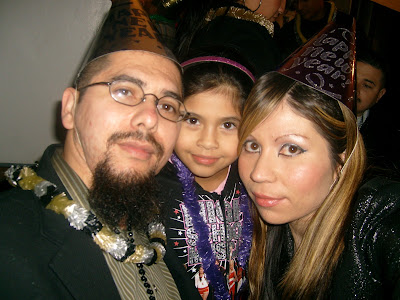 Here we are with my mother and brother. 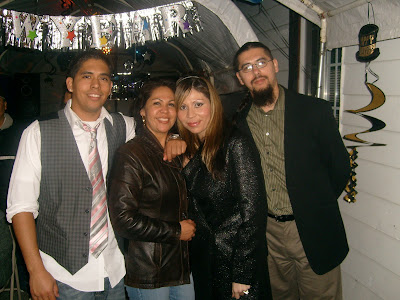 This is one funny pic. The ladies got together to take a pic. But what's this in the back??? My uncle snuck into the picture! That's him in the back. The man is hilarious. lmao 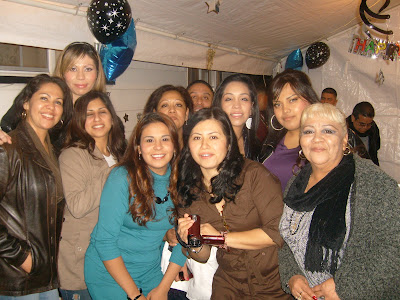 Here is my babe dancing with our daughter. 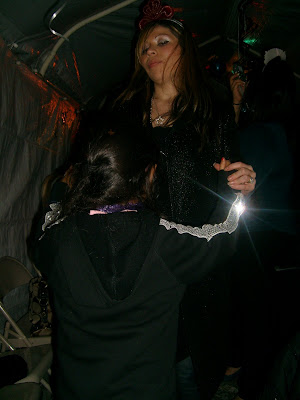 My aunt got up to dance and asked me to hold her seat for her. She meant it literally, look. lmao 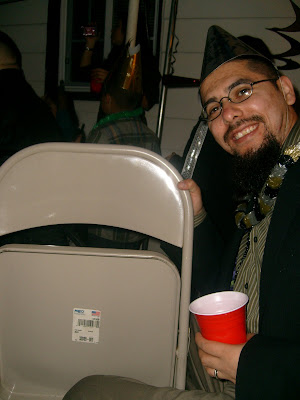 Here is my babe, giving me a kiss as the clock strikes 12. 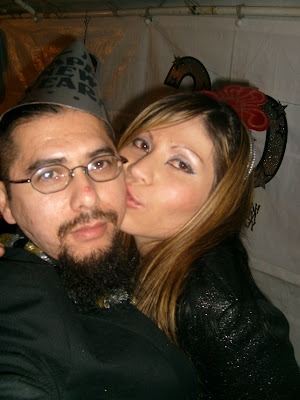 I wish all my friends, virtual and otherwise, a very prosperous new year. Most of us had a pretty rough 2008 so here's to a better 2009. Later!
Posted by Metallman at Friday, January 02, 2009