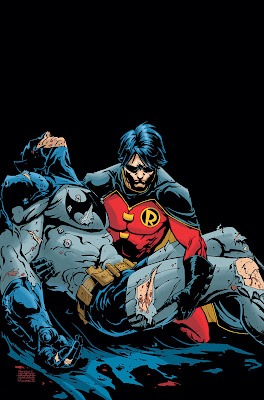 Hey there friends. Word has it that DC is planning on killing the caped crusader.

After 70 plus years of Bruce Wayne being Batman, the writers have confirmed that there's going to be some changes. Not so sure if a new Batman will emerge, such as the original Robin, Dick Greyson, or if his character will be lost forever. Then again, it could be a ploy to get readers to buy the comics. It's not the first time that a well known super hero has been killed. I believe that this year saw the death of Captain America and Superman. Maybe they're following suit, who knows. For all we know, we can be in for a loop when they resurrect Batman the way they brought back Robin #2, Jason Todd.

It's surprising that DC is heading this way, especially with the success of the recent Batman movies. Or maybe they're setting us up for a third Batman movie. Guess we'll just have to wait and see where the Dark Knight ends up. Later!
Posted by Metallman at Wednesday, November 26, 2008