Final Fantasy Tactics: The War of the Lions 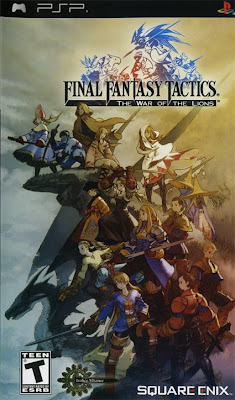 Hey there. First off, I'd like to say thanks to everyone who reads this blog. I've been blessed to have made many new friends and have even made a couple bucks on the side. With those couple of bucks, I bought our son a PSP with all kinds of goodies. My wife and I promised him a PSP if he brought home the honor roll trophy that his school was handing out to hard working students. He didn't disappoint and brought it home. I was able to get a bad ass deal on one at Ebay and the package came with Fight Night 3 and some Spongebob game, as well as the original packaging of the PSP (receipt included) and a 1 Gig memory card. Not bad for a little over $100.

I bought it for him but it looks like I'll be using it more now that I've came across this. Final Fantasy Tactics. What a bad ass game. I had this game back in the day during my PS One days. I used to spend hours playing this thing and on some occasions, well past midnight trying to navigate my way through the world of Ivalice and get the bottom of all the corruption. I never finished the game, since it got rather difficult and I think my game was scratched, so when I walked into a Target store a few days ago and saw this game on clearance, YES CLEARANCE, I just had to buy it.

The PSP version has more features than the original PS version and right off, you notice the revamped intro scene is redone using CG graphics compared to the blocked looked that was present in the PS One version. It also has voice overs so that was definitely a nice addition. 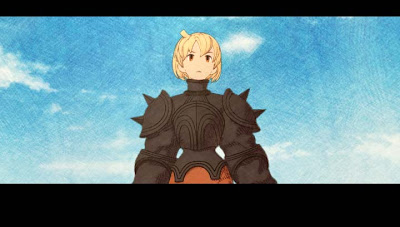 From what people have told me, there are a few hidden job classes that were not present in the original game and that it's a challenge to be able to unlock them. I've only just started the game not too long ago and already all the job classes, story, and characters have come back to me. 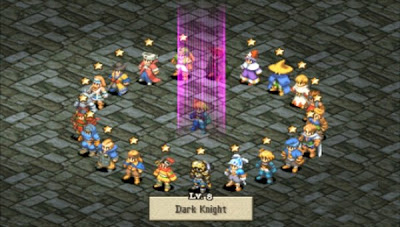 Speaking of characters, even the sky pirate, Balthier, makes an appearance in the PSP game. Considering that Ivalice is the same setting as Final Fantasy XII, it fits right in that Ramza and crew would bump into the famous sky pirate of Ivalice. I can't wait to finally get through the game. I'm determined to find out how this game ends and what part the antagonist, Delita, plays in all of it. His character is a bit of a mystery after chapter one and I need to know what that bastard did to start a war! Later! 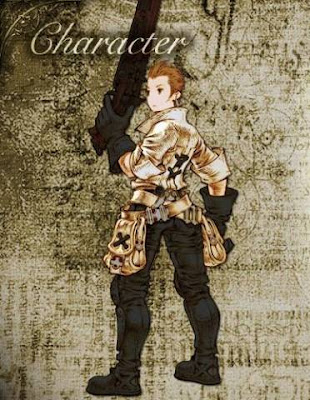 Posted by Metallman at Thursday, November 13, 2008